Edited to Add: On the Tenth Anniversary of this meeting, I am removing all the ambiguity and naming the people involved in this terrible event. 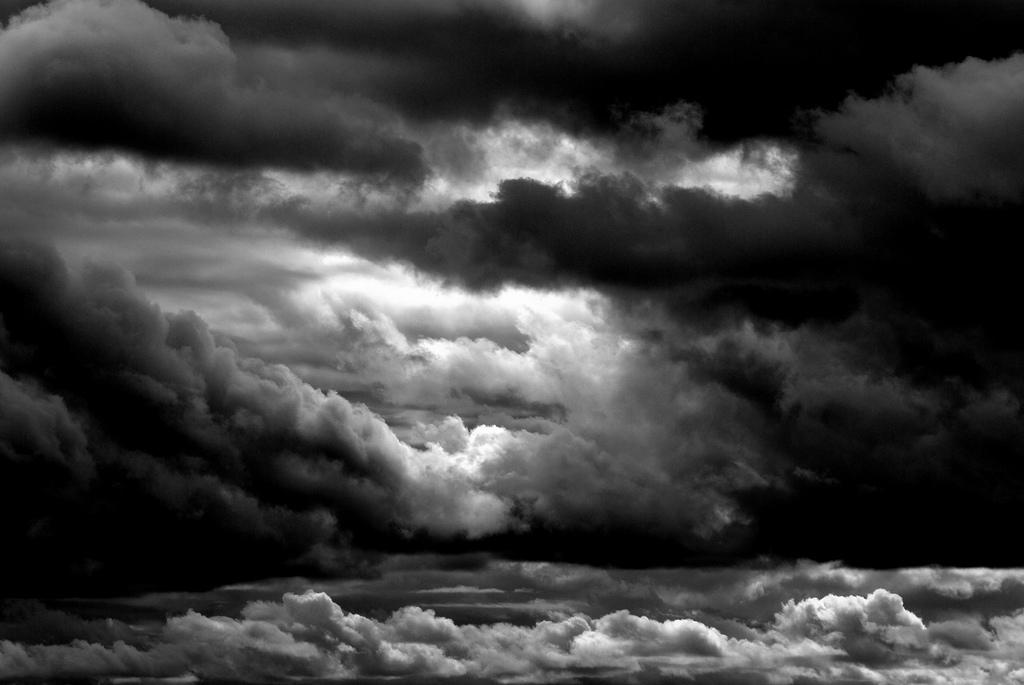 October 17 at 1:00 PM. Don’t ever call me or email me or meet with me on that day at that time. Everything ominous happens then. It’s like the Bermuda Triangle of days. I’m officially crawling under the covers forever and aye on that day at 1.

In 2006, I had had a feeling for two weeks before October 17 that I had become a persona non grata. You can kinda sense those things. People would turn the other way when they saw me in the hall, avoid giving me straight answers. When my friends, Erin Naler and Sharon Murry, did face me, all I saw was that deer-caught-in-the-headlights expression. They stopped eating lunch with me, admitting later that Darren Lawson had instructed them to “avoid looking like they were in a group with me.”

I kept trying to talk myself out of it. In time, I realized that that instinct was spot-on accurate.

I was called to a meeting — alone — with two other people above me on the food chain: Dean of Fine Arts Darren Lawson and Division Chairman Lonnie Polson. I asked Polson the nature of the meeting. Polson stated that “it was a student matter.” That was not at all true.

So on October 17, 2006 at 1pm we three met. It was raining cats and dogs that day. We were all soaked. My feet were so wet that the shoe polish had bled on to my hose.

The meeting was clearly all about me. Lawson accused me of requiring BJU Board Members’ son Brandon Smith to read VanVonderen’s Tired of Trying to Measure Up. Well, no. . . . I had given it to Brandon as a gift because he was . . . well, tired of trying to measure up!

I was asked the nature of the book. It seemed that Lawson had read the Amazon reviews because he had the buzz words down without their actual context. Their leading questions were trying to get me to admit, it seemed, that I had disobeyed orders about bringing my parenting views into “the classroom.” I said flat-out to Lawson, “No. I have not. You told me not to.” It’s not a parenting book anyway; it’s a Christian devotional. We discussed VanVonderen’s theology, and it finally came down to my saying, “Look — I’m the only one that’s read this book, so this discussion isn’t really going to be productive. But I can get you both a copy!” 😉 Soon after I volunteered to stop recommending the book and to send people to Galatians and Romans instead. Polson burst out in a spontaneous but knowing chuckle. Lawson said, attempting to sound informed, “Uh . . . yeah, that’d be good.”

Next came those infamous internet forum threads. Lawson and Polson were not pleased with my posts. Polson described me as “caustic.” I was really kind of stunned by that, and I said so. I said that I was trying to keep things on task. In hindsight, I think what had happened is that they had only read the last thread I had started and never saw what led up to it. I can imagine that it was not in their interest to read all the threads, but my perspective and intentions were never solicited. Lawson mansplained me and stated that I was simply a “young mother” (I was 38!). “We are still getting letters about this, Camille. But don’t worry — we’re defending you.” I wish I’d asked for more information, but I was in get-out-of-here-as-quickly-as-possible mode. I learned in July 2016 that the letters were from Don Johnson, a BJU-orbit pastor. Nonetheless, in 2006, an information-gathering interview it was not. Lawson expressed that he wished it’d all go away. I think that this was my cue to volunteer to delete the threads (I found out later that Greg Mazak had been required to do so at Sharper Iron as well). I wasn’t going to volunteer that. I was fulfilling a promise I’d made, and I was going to see that through. I simply joked, “Oh, the servers’ll crash some day. Don’t worry.”

And there was yet more.

“I understand that you’re publishing your dissertation with Baylor.”

Yes. I was. . . . I had told Polson about that (but I don’t know that he necessarily remembered.) And I’d told only a few other people. I still don’t know how or why that came to his attention. Obviously, there was a lot of talk swirling around about me!

“Did you check the faculty handbook about publishing?” Lawson asked. Seemed like another trap.

Lawson, thwarted, sat back as if to regroup. It seemed to me that I foiled his attempt to catch me in a sin of omission. He continued.

Lawson finally got to the point. “And you have a chapter in there about Jim Berg.”

Lawson put up his hand to stop me and as if to say “no thanks.” He continued and I quote this exactly, “I would strongly discourage you from doing that, Camille. We really like you and Grant, and we wouldn’t want you to do anything that would jeopardize your time here.”

Huh? What? It’s publish and perish? Are you kidding me? No one in the room besides me had even read the original dissertation, so why all the fear and trepidation about it? What did you all hear? What rumors are going around about me? I didn’t actually say any of that. I was just thinking it. Lawson was not distinguishing between one chapter and the whole dissertation. And he was telling me in a very vague, passive-aggressive fashion that publishing at all was putting my employment in jeopardy.

They continued to disagree with me for the inferred direction I was taking in that chapter that they had never read from a book they had never read. I tried to discuss it, but that was not encouraged. I was supposed to just listen, not interact.

The meeting ended shortly after that. I just tried to skedaddle out of there as quickly as possible. I ran to Grant’s office in tears. I cried for weeks. It was a threat. I felt attacked and demoralized. I felt abandoned and betrayed too — especially by Lonnie Polson whom I really believed was my friend.

It all still brings me to tears. I now know that the system does that to good, noble people. It forces them to act like they wouldn’t otherwise — to assume the worst intentions, to betray and bully, and to run from obvious solutions — because no other option seems viable. The kind of Christian community that Paul urges us towards is just not possible in a toxic environment. It’s a bad system. Polson, my friend, looked so very small and so unlike the man I know he is.

I started my series on Grace after that. Go look at it. I needed to hone in on a benevolent God for my own soul health. And I figured that since The Powers that Be were so closely reading my blog, I’d give them something to read. Nothing like a “captive” audience, right? I know that people have poked fun at that series — more of that gracelessness endemic to sickly system, I realize. I keep repeating to myself that we all are not evil, just mistaken.

Now, just to resolve the issue, some time in March we did all meet again. I needed to interact with Lawson, and I was frankly scared to. My palms started to sweat just thinking about it (I have an upset stomach right now as I write this!). I didn’t want to get verbally beat up again. I understand that may not have been the intention of the October meeting, but that’s how it felt. And when it became clear that I’d have to meet with him, I needed Grant there. I couldn’t go in alone. Yet Lawson refused. I simply replied saying, “Grant and I are available at ___.” Lawson continued to insist that Grant not be present. I carbon-copied Gary Weier and emailed back explaining that the last meeting we had had left me feeling “very bruised.” I couldn’t face them again alone. I needed an ally. Finally some time later, Weier responded (On Purim no less! I’ll never forget it!) that “Of course, Grant can come with you to the meeting.”

At that second meeting in March, I explained how I felt back in October. Both Lawson and Polson did admit that they could understand that I felt overwhelmed.

In time I realized what it all was — pure punishment. It was demoralizing and threatening and silencing. This from so-called experts in interpersonal communication. It seemed quite clear that it was supposed to shut me up and shut me down. Kind of ironic in a sense, isn’t it? It was a vivid lesson I hope I never forget. I never, ever want to treat another human being like that, and I never want to treat my sons like that. It was awful.

And it really was the beginning of the end.

With the arrival of Jesus, the Messiah, that fateful dilemma is resolved. Those who enter into Christ’s being-here-for-us no longer have to live under a continuous, low-lying black cloud. A new power is in operation. The Spirit of life in Christ, like a strong wind, has magnificently cleared the air, freeing you from a fated lifetime of brutal tyranny at the hands of sin and death.

God went for the jugular when he sent his own Son. He didn’t deal with the problem as something remote and unimportant. In his Son, Jesus, he personally took on the human condition, entered the disordered mess of struggling humanity in order to set it right once and for all. The law code, weakened as it always was by fractured human nature, could never have done that.

The law always ended up being used as a Band-Aid on sin instead of a deep healing of it. And now what the law code asked for but we couldn’t deliver is accomplished as we, instead of redoubling our own efforts, simply embrace what the Spirit is doing in us.

25 thoughts on “Ebenezer — The Meeting”