The Manchurian Candidate was brainwashed to respond to the Queen of Diamonds — whatever he heard after seeing that card he would do without hesitation and then completely forget his actions.

His own loyalties, his own moral boundaries, his own personality, his entire sense of self was subsumed when he saw that card.

Or the problem was turning a human being into a mere tool, the simple agency of the tragic drama of a cold war.

The word “surrender” is my Queen of Diamonds. And I know it. “Surrender” in my previous life is vaulted as the chief ideal. When you read everything as a fight between Great and Angry God and little ol’ you, “surrender” is the natural trajectory. Just giving-up makes perfect sense.

So when I hear “surrender” in sermons or in books, I cringe. And I hate that I cringe. Grant and I have even realized separately and then admitted together that, as Grant says, “It must not mean what we think it means. It can’t. There’s something we don’t get.”

I’ve actually put-off writing this post for months because I still don’t know kinesthetically what “surrender” means. Maybe you can see it better than I.

Here’s how VanVonderen in his most recent book Soul Repair puts it. I think he addresses my uneasiness as well as the term’s healthy function (you can see my notes in the margin there): 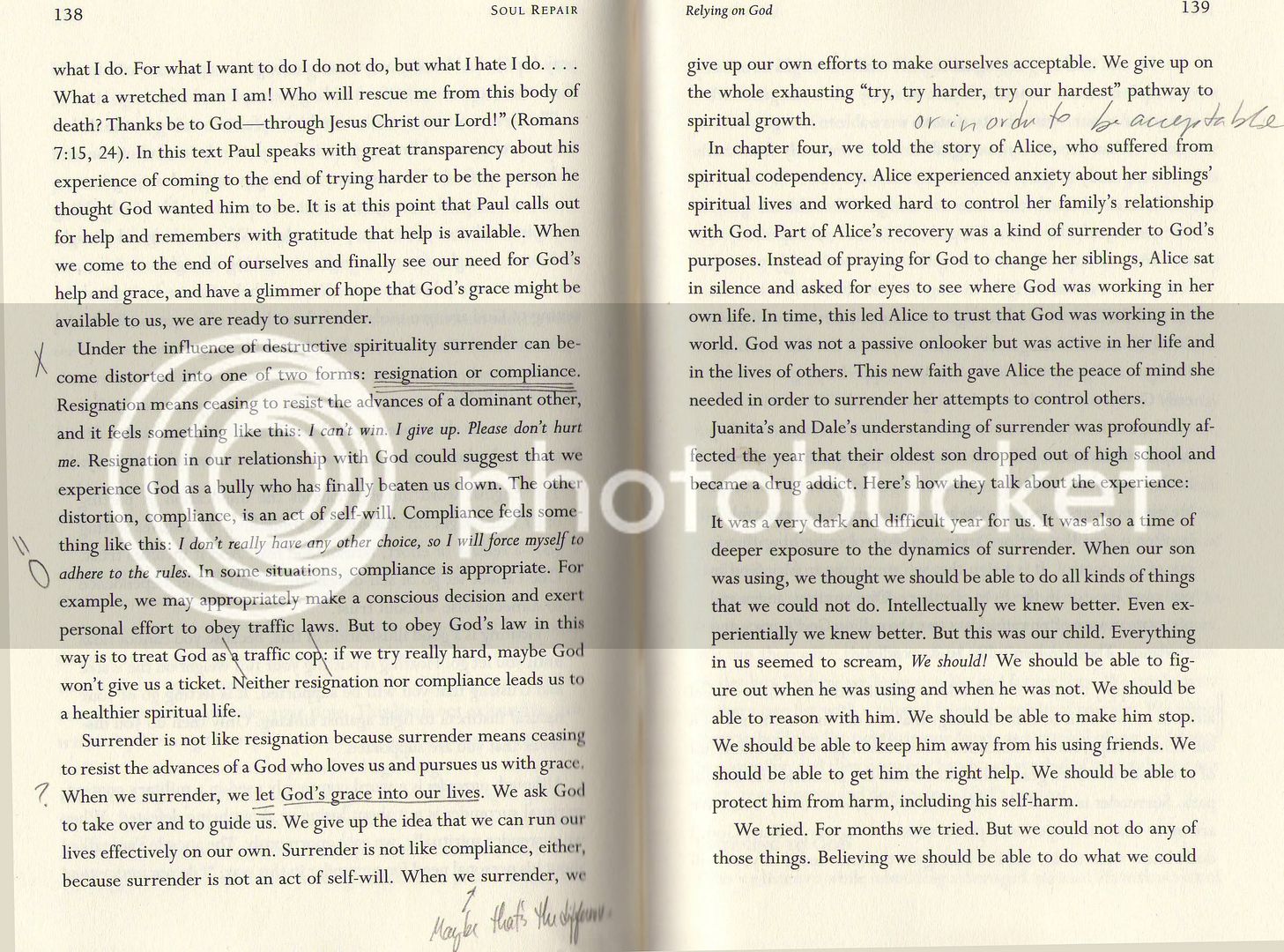 It sounds like VanVonderen is telling us to give up our own attempts at moralism — at going “our own way” through our human rules. Thots?

I think the biggest difference is Who you’re “surrendering” to: your Heavenly Father or a mob boss? Your Abba Father isn’t trying to conquer you. He’s already sovereign and He already redeemed you. While a mob boss is worried about his own tenuous power and saving face before his enemies, a daddy doesn’t think in terms of power. At all.

I still don’t like the term “surrender” (as a rhetorician) because of the heavy military connotations. But plugging it into a God as Heavenly Father metaphor, I can see the point.

23 thoughts on “Things I Never Heard in Fundamentalism — Surrender (12)”