Former Governor Bibb Graves had been in town that first week of January classes in 1933. The students didn’t know why, of course. They were duly impressed by his presence. A governor, and a conservative one at that! Talking to them. What an important school this must be to have the former executive of the great state of Alabama come to speak as an every-day event. Everything must be fine, right?

The Governor asked to start that Monday chapel with “Let the Lower Lights Be Burning,” a song that by 1933 was pretty old-timey — a hymn even the students’ grandparents would have considered a bit worn. So the tone was already sentimental and the students were already focused on the venerable speaker. Like every successful political speech, Graves’ compliments came fast. The BJC students had always impressed him, he said, as being the keepers of “the lights along the shore.” This dark world needed more “lighthouse keepers,” he said, like these fine 100% American young people. They would never shirk their duty in shining “the true light of the Gospel, so that the weary soul sailing life’s sea might reach the Heavenly Port in safety.”

Lovely words for a politician.

The next Sunday would come the news: Bob Jones College is bankrupt. The Board had decided the morning of Graves’ sentimental chapel, but the news broke with the next week’s news cycle on January 15, 1933. 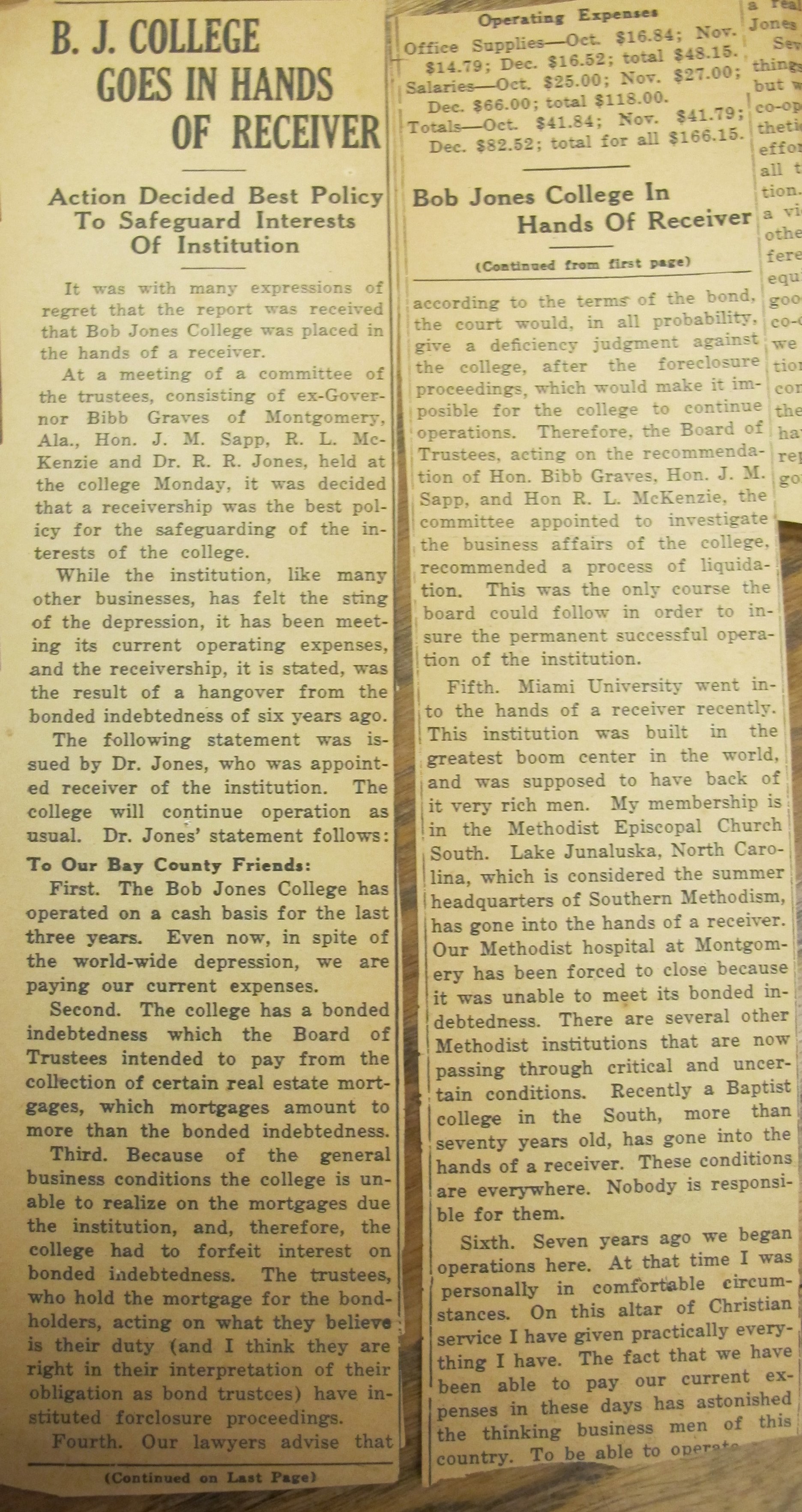 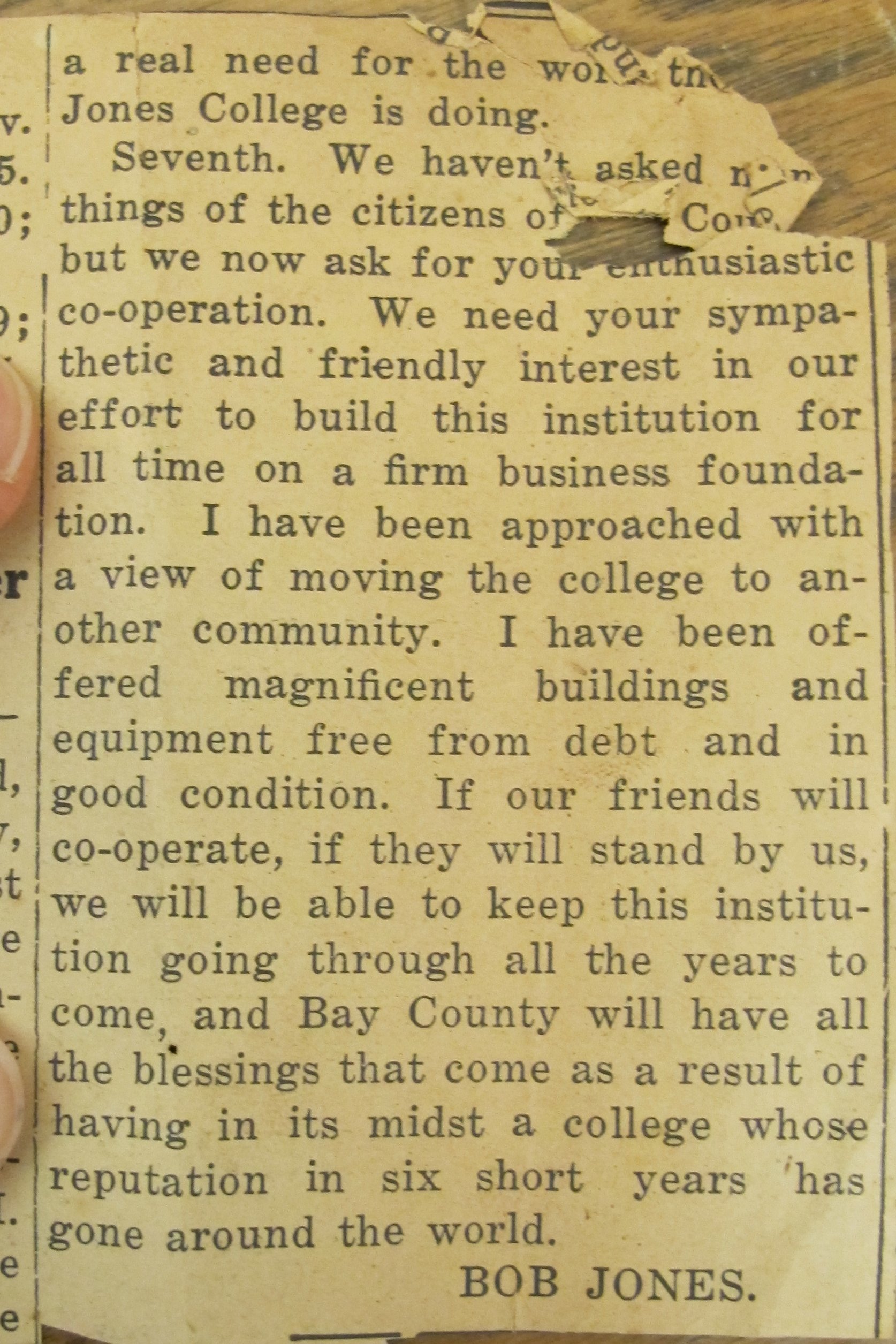 Governor Graves had prepped the students for the blow. They were special. They were needed. They were strong. They were unique among all the others because they were dependable “lighthouse keepers.”

Bob Jones Sr. would distribute the entire announcement in pamphlet form as well.

Tune in when governors hand out compliments too freely. I think Virgil might say today, beware of Sikhs bearing gifts. Everything may not be so fine.