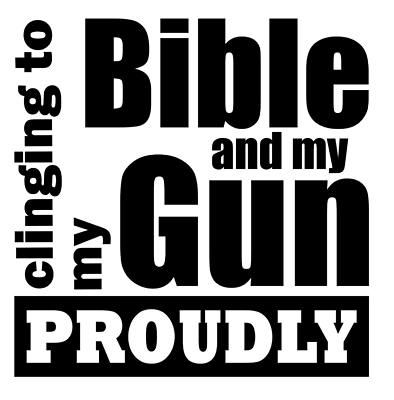 “Use your words, not your hands.” That’s what we parents and teachers remind our kids when a fight is brewing.

In the adult conversations that play out after a mass shooting, however, our words need a little help. Our words do not set us up for success.

Choose any article. Follow any social media thread. Eavesdrop on any holiday barbeque conversation. Listen to any public plea.

It all boils down to gunsplaining.

“How can you legislate against guns if you don’t even know what an AR-15 is?”

“You progressives need us gun owners.”

“Why don’t you come over this afternoon and I’ll show you how my assault rifle works?”

Putting aside the ominous tone of that last one, let’s unravel the narrative propping up those statements to see where it leads us.

The story is the same: gun owners believe that they protect the civil sphere from the incompetent and the ill-intentioned by simply carrying their guns wherever civilians peacefully and routinely gather—nightclubs, schools, country music concerts, or peaceful demonstrations. This narrative prepares gun owners for a particular action. It pushes them to the next step, like when a baseball player readies his bat above his shoulder before taking a swing.

Like any good story, there’s an antagonist—a person thwarting the protagonist. In the gun drama, the antagonist is the gun control advocate who legislates in order to empty the civilian’s arsenal. The antagonist’s next action as imagined in this narrative is to emasculate the gun owner.

Lay the conflict side by side, protagonist versus antagonist.

Shoot the bad guy versus emasculate the good guy.

It’s guns versus laws—“hands” (or arms) versus words.

That’s the clash that the gun narrative sets up. And nobody wins.

Dan Baum is the most often-cited gunsplainer. He insists that the solution we all want is for “fewer people to get shot.” And for that to happen, gun control advocates need to hush. Those disagreeing with the gun lobby need to stop using their words. “Lay off the legislative switch for a while,” Baum explains, so that the “gun culture” on its own can “examine itself and do the right thing.”

The fewer words we have, Baum insists, the fewer people will “get shot.” That is, in Dan Baum’s account, we should use our hands, not our words.

I found a metal sign in the Man Cave section of my Red State craft store. It announced:

Proudly clinging to my GUNS & BIBLE

You can see the gunsplainer Holy Trinity right there: the Owner, the Gun, and the Holy Scripture.

Gun owners insist, like Dan Baum, that a proliferation of guns are just an a priori fact in America. Since a gun cannot be “uninvented,” it cannot be controlled.

As an a priori, uninventable fact, a gun has become much more than a mere tool. The gun is even more than an iconic symbol of independence. The gun has become the agency of the divine, the second Person of its civic Trinity, preserved on a mass-produced tin sign.

No words can negotiate within this meta-narrative. The drama sets up the gun-owners alone to be the heroes, at one with the Gun. And mere rhetoric gets in the way.

I found a more crass example after one of the many mass shootings in recent memory:

I stand behind you in line at the store with a smile on my face…and a gun under my shirt and you are none the wiser, yet you are safer for having me next to you. I won’t shoot you. My gun won’t pull its own trigger. It is securely holstered with the trigger covered. It can’t just go off. However, rest assured that if a lunatic walks into the grocery store and pulls out a rifle, I will draw my pistol and protect myself and my family and therefore protect you and your family. I may get shot before I can pull the trigger… but, I won’t die in a helpless blubbering heap on the floor begging for my life or my child’s life. No, if I die it will be in a pile of spent shell casings. I won’t be that victim. I choose not to be. As for you, I don’t ask you to carry a gun. If you are not comfortable, then please don’t. But I would like to keep my right to choose to not be a helpless victim. There is evil in the world and if evil has a gun, I want one too…

Be smart. Don’t blame the guns. Blame the people using them.

I can agree not to blame the people owning the guns or the guns themselves. I can agree that guns are a useful tool. They just need to be a safer tool and a more regulated tool.

But while I don’t blame the people or the tool, I do blame the narrative. You are not my savior, Mr. Gun Owner. You are not the friendly proto-hero just waiting to rescue me as an afterthought to rescuing your own family.

Life is more complicated than a comic book. It’s not you and yours versus the entire world.  The gunsplainer narrative is a profitable one for the gun lobby and the gun industry: a rugged individual rising above the dissembling chaos of modern life and rescuing his legacy from comic-book evil.

Nobody’s telling you to get rid of your guns, just your narrative.

How about this alternative story? We’re neighbors living side-by-side, standing in the same grocery line and sitting on the same church pew. We want the same things, to live and love. Let’s start there. Let’s get a story that defines us as equal citizens using all the available means to create a better world… with our words.

3 thoughts on “Gunsplaining: Looking at the Words about our Arms”