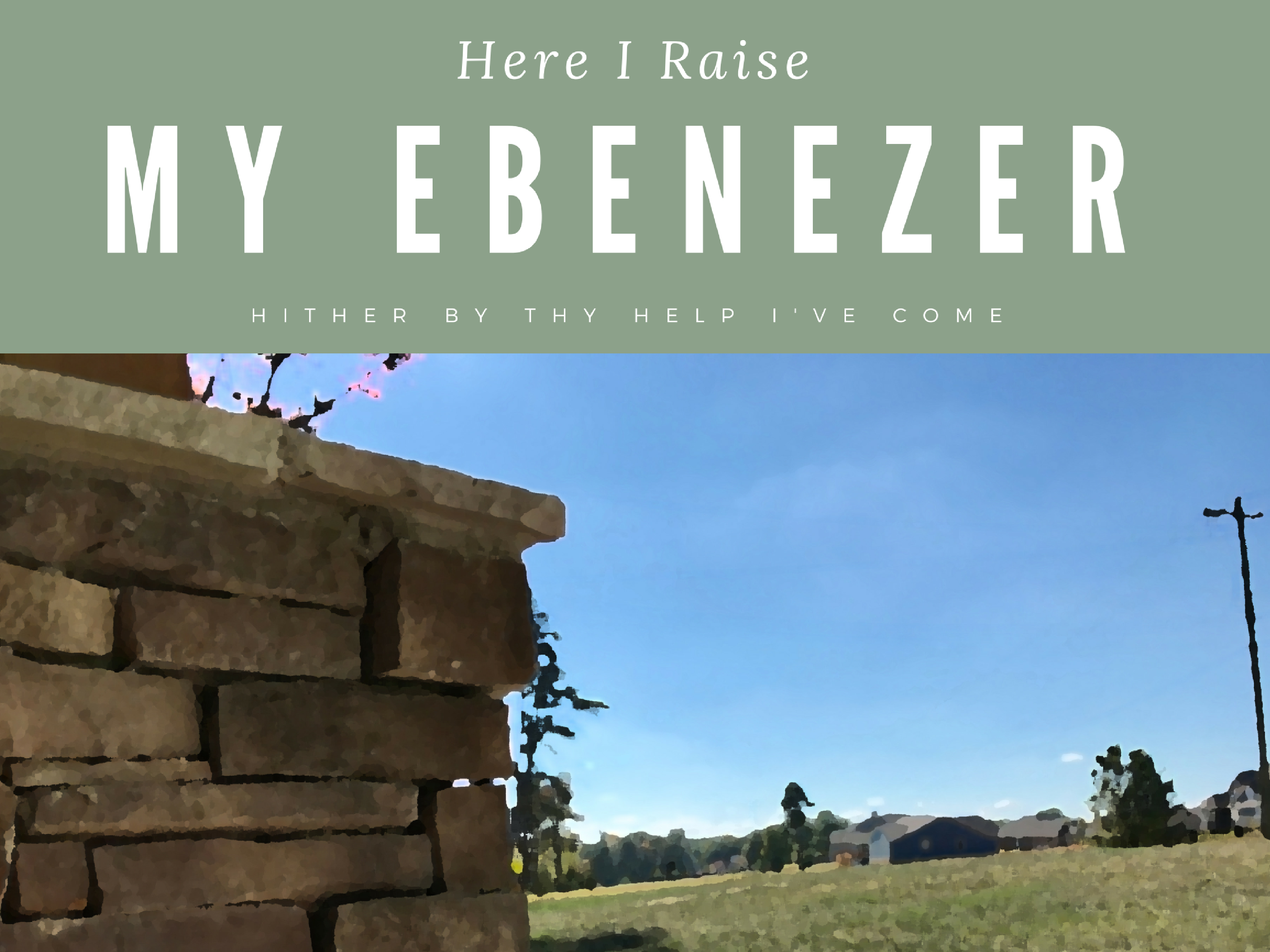 Ten years ago, my Bob Jones University dean Darren Lawson had called a meeting with me and my division chairman Lonnie Polson over “a student matter.”

The two hours that afternoon ten years ago proved that their issues were not at all about a student, but completely and entirely about me.

My mothering was suspect because I had told the campus day care they were not allowed to hit my 2yo son and because I proposed publicly that “the Bible did not mandate spanking.” Think about it — I was saying that God never commanded me to hit my 2yo and 6mo, and Don Johnson, a BJU-orbit Pastor from Canada, was calling for my termination.

My teaching was suspect because I had given a Jeff VanVonderen book to a Board member’s son. The Board member was Bradley Smith, and he would be defrocked in 2010. I offered a devotional book because his son was “tired of trying to measure up.”

My scholarship was suspect. Lawson claimed that publishing my dissertation would “jeopardize” my “time there.” Neither Lawson nor Polson had read my dissertation, but they were willing to plainly threaten me over its publication. In sum, my acting as an autonomous scholar meant I could no longer work at BJU.

Looking back, I knew it was coming. Lawson had already made me the topic of the opening faculty meeting during Inservice. He was already shunning me in the hallways. He had already instructed my departmental friends, Erin Naler and Sharon Murry, to do the same. It was a very difficult year. I remember that feeling of isolation as more and more people refused to even speak to me.

But this October 17 meeting was the nexus of the trauma. It was the beginning of the rest. It was a psychological beating — the first one that would only continue by Gary Weier and Stephen Jones throughout the following months.

It all started with that day.

I would go cry to Erin and Sharon after this meeting. I was sobbing. I got in trouble for that too. I was “gossiping,” Lawson said in a later meeting. I said to him, “What does ‘bear ye one another’s burdens’ mean then?” He was perplexed by my question and said weakly, “I don’t know.”

I thought it was over when we had resigned. It wasn’t.

It was his script.

Rather than follow Danny’s order to shut up, I went deeper. I heard Steve Brown’s podcast on Scandalous Freedom in which he proposed

a counterintuitive approach to dealing with pain (and the fear that it may come)… Don’t run away. Run toward it. Face it. Then embrace that demon and kiss it on the lips. If you do, Jesus will be there to set you free.

See that? The pain is a demon, a specter that haunts us and taunts us away from Jesus. Jesus is behind the pain though. Okay, Dr. Brown. I’ll try that. I’ll kiss the hurt on the lips.

And my historical research into Bob Jones University began in earnest. Danny told me to stop, to hide from the pain. And to convince me as much, he kept hitting while repeating “faithful are the wounds of a friend.”

That’s not what the verse means, I would learn in time. Because Danny’s “wounds” weren’t faithful. They were sneaky. 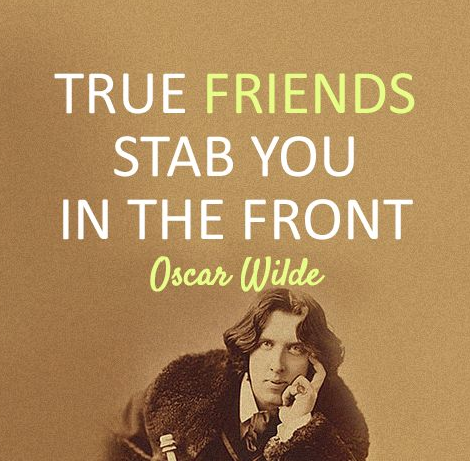 But Jesus was telling me to look the pain straight in the eye and embrace it.

And what did I find in that pain? I discovered what I never believed was possible. I found the Ku Klux Klan. I discovered that Bob Jones, Inc. was founded with Klan support. I read a text from Portland, Oregon — a set of meeting minutes from the Klavern “Sergeant at Arms.”

I broke out in hives.

It sounded just like faculty meetings at Bob Jones University. Exactly the same.

I signed up for therapy with a licensed counselor in 2010, and she had me deeply *re*member all those events from my final months at BJU. That’s when I gathered all the documents from our exit. I assembled them in chronological order and combed through them all. I remembered what really happened.

You know what I found? God had been taking care of us all along. I had felt like I was drowning in a pool of threats, but He was there. He was always there.

For me, therapy was a confession of my fears and God’s care.

And I got better. I healed.

That experience with therapy, combing through the reasons for my triggers — kissing the pain and fear on the lips — has been the goal in my academic research. There are countless Bob Jones University alumni who have vague and fuzzy memories of what happened to them or of what they heard or of what the handbooks really said. I have determined to help us *re*member the details. Together. To see reality. To see what’s good and what’s bad. To see what’s God and what’s not.

In 2012, President Stephen Jones irrationally banned me from campus.

In 2014, after BJU fired GRACE, BJU Public Relations Director Randy Page and his band of “anonymous callers” would contact North Greenville University to get me fired from my lower-than-the-janitor $1400/semester adjunct position. BJU threatened NGU with retaliation for my Wartburg Watch article and for my interview with the New York Times.

“We are operating at their mercy,” NGU’s EVP Randall Pannell stated.

I now believe what Pannell meant was that people at BJU knew that NGU’s president Jimmy Epting was cheating on his wife, and if they didn’t shut me up, they would go public about that knowledge.

That set of meetings at NGU were another Ebenezer. When Linwood Hagin said to me at the end of our February meeting, “Now I have something unfortunate to bring up.” I did not panic. I grinned. Broadly. I will never forget the confused look on Linwood’s face when I was smiling. He was trying to scare me into learned helplessness just like Darren and Danny. And I knew what was about to happen.

And you know what? God had prepared me. I wasn’t terrified. I felt strong because God had planned ahead.

After those familiar meetings with the NGU administration where I had agreed to “take a pause,” Randy Page — knowing full well what I had agreed to — would attempt to rattle me. He made an imposter Twitter account (the time stamps gave him away). He still does this kind of petty foolishness. Randy and his merry band of hoodlums have called my fellow church members to stir up trouble. They have contacted fellow scholars to persuade them to disinvite me from professional events.

They want me miserable, broken, and silent.

Guess what? They have failed.

But you gotta hear this one.

This past September 2, in the opening Faculty Meeting, Steve Pettit worried aloud with the BJU employees about Satanic attacks. Some attacks, he admitted, were from poorly-raised students. Some were from the ever-more-antagonistic world. But there was one other source. . . .

Some of our greatest assailants have been former staff members.

You betcha. Little ol’ me. I am their “greatest assailant.” I am an ally of Satan. 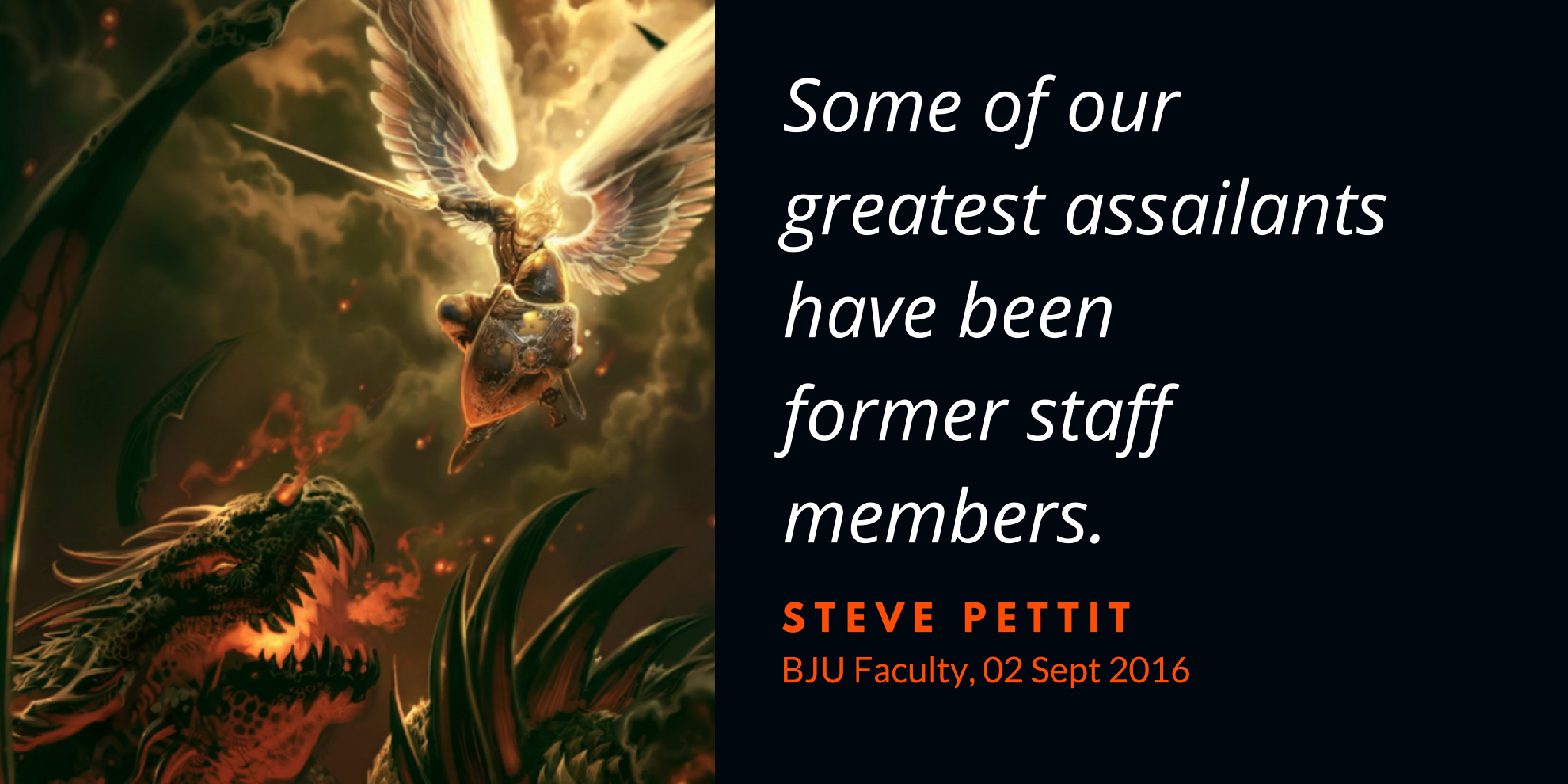 who has defined academic freedom as compliance to itself,

who has forced local pastors to wield punishment to students and employees,

who has shunned employees and forbidden them to act as scholars,

and whose employees have targeted that same former employee and her family. . . .

That university claims I am Satan’s tool in assailing them.

Still. Ten years later. They are talking to employees about me and calling me an ally of Satan.

Now — today — I finally understand why those Klavern meeting minutes sounded familiar. Now I get why I broke out in hives.

I sit here in the doctor’s waiting room while my 87.75yo mother has her doctor’s appointment. Her groceries are in the car, and I’ll drive her home and pick up some dinner for her on the way. I’ll unload my groceries and make tacos for my family tonight. I’ll get in a few more hours of work and then spend the remaining time writing a book chapter on the aftermath of Dylann Roof’s massacre. And I might edit some pre-planned posts on my archival site.

But to Bob Jones University, I am simply an ally of Satan himself. And nothing more.

Whatever you call Bob Jones University, it is not an institution of higher learning. Real universities don’t call a whistle-blower, a Christian sister, and a scholar an ally of Satan. There is no integrity in their communication. And academic freedom does not exist.

But for those of us who have left, we’re doing very well, thank you.

Because God’s got us. Just like He did ten years ago. The Lord has helped us thus far.

And that is my ten-year Ebenezer.

UPDATE: On Saturday, January 28, 2017 a Greenville, South Carolina resident using a Windows Desktop landed on my blog from bing.com through AT&T. He had searched for one tag: “Randy Page.” 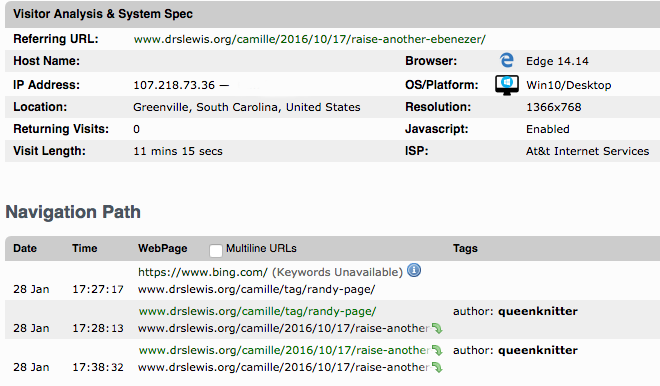 That led him to make this comment on this post under the pseudonym, Vlad Putin at RussianCounterIntelligence.Com.US:

“Vlad” has trouble with dates (it was 10 years ago, not 9), and his barb is ironic since his employer is “fixated” on events that happened 90 years ago, isn’t it? But such is the nature of projection.

Given that usually people search for their own names, it’s safe to conclude that Randy Page is now operating under the moniker “Vlad Putin.” First, he impersonates me (see above) and now he impersonates our President’s bestie.

Strange happenings at ol’ Bob Jones University. Perhaps our old friend Mr. Page was monitoring his online reputation because he will be on the job hunt soon. Best of luck to you, old classmate!

8 thoughts on “Here I Raise Another Ebenezer”