So that’s a lot of history and it’s taken me awhile to comb through it. A review is in order.

They were reaping what they had sown.

And even though in January, 1933, Jones insisted they would never leave Panama City because that was their beloved home, that promise wouldn’t be kept. Robert Lee McKenzie was Panama City’s mayor and BJC’s biggest booster and a long-time board member.

Robert Lee McKenzie was to Bob Jones Sr. what Bob Wood is to Bob Jones III. And Senior was pretty worried about their exodus out of Florida. He was worried he would anger McKenzie. Here’s a glimpse at that guilt: 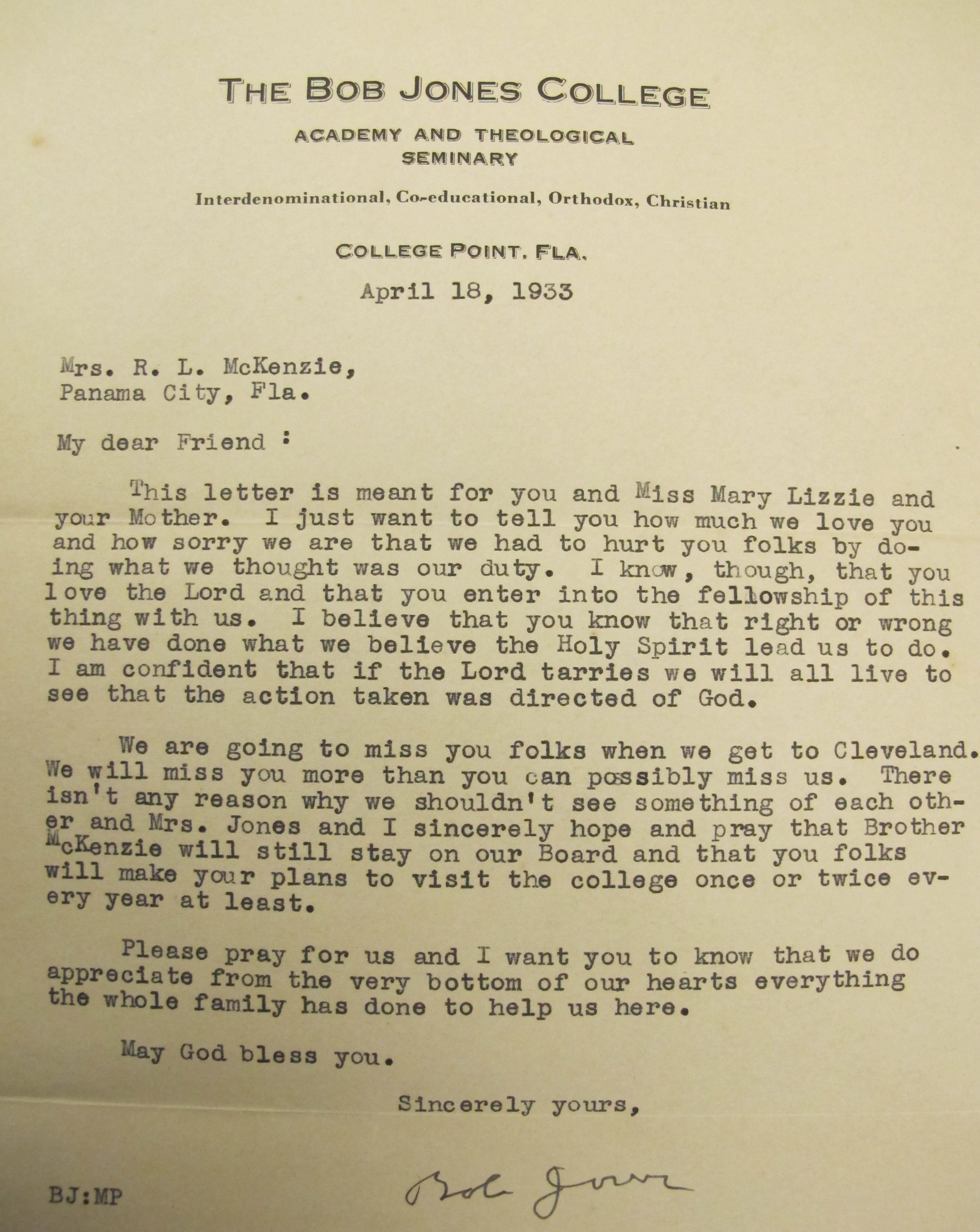 Why does all this matter? Why have I taken weeks to comb through minuscule details in the account from eighty years ago?

To reveal the pattern.

Bob Jones University is again in a crisis, but you wouldn’t know it from their own words. They are re-writing history right before our eyes. And if we aren’t vigilant, they may just get away with it like they did in 1933.